Nice. Really liked it, especially it is one of the ‘easy listening’ pieces Philip Glass has done. It was very comforting to hear and recognize several of his very typical fortissimos in some songs and poems. And a nice story to follow with the little handout.

The performance started somewhat slow, and people kept to themselves. Then, at some point a better know, faster passage ignited some frenetic (frantic?) applause. From that on, everything was too late, or better, too early. After every song, the last tone not subsided, clapping started.

For me, Glass pieces need some silence before and after, be it only a few seconds, to ground them, to base them, to value them. What a pity that everyone seems in a rush, seemed to either barely control their enthusiasm or ignorance.

I liked the poems, the spoken text and the drawings, even though they were clearly made by a generation not living on the net but rather grown up in an analog world. The pictures held a big charm and were authentic to the time the poems recall.

A very nice evening, the tickets a wonderful gift to my birthday. Glass is wonderful.

Got to do something 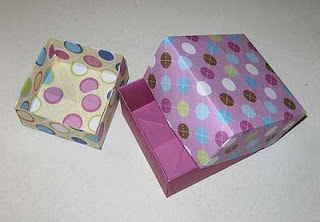 With the little time left on my hands....

Made some boxes for my love to take to the office. Don't they beat most prefab ones?

Posted by andreas.wpv at 8:35 PM No comments:

Email ThisBlogThis!Share to TwitterShare to FacebookShare to Pinterest
Labels: Origami

Now that was something. Went to a petco where people met for a dog rescue meeting. I cruised a little through the store afterwards and they had a huge tarantula, bigger than my hand.

A nice service guy showed up, and told me he would get it out sometimes, and did exactly that!
Put it on his hand. I had come close to that in Cologne's aquarium one day with Aly, but we finally were not allowed. So I asked if I could hold the tarantula and he made it move it onto my hand.

Again, this was bigger than my hand, very, very light and with very soft hair, really nice.
And I am SO COOL!-)
Posted by andreas.wpv at 11:17 PM No comments:

This is NOT all about food!

OMG, I just took a look at this blog, right after linking it to my professional blog (andreas-wpv) and website (directorinternet.com). This is nearly all about food!

Folks, this is just half of the truth, or even just one third. You can see the making of food - I definitely love that.
Second, I love to eat it too and having polite friends and family the eat the stuff too.
Third, I work it off in 4 to 5 hours of slow running, biking or swimming!

So, no worries about all that food, and wait 'til I show you my latest breads!
Posted by andreas.wpv at 3:00 PM No comments: